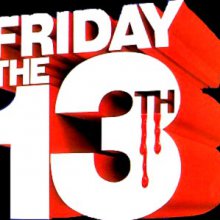 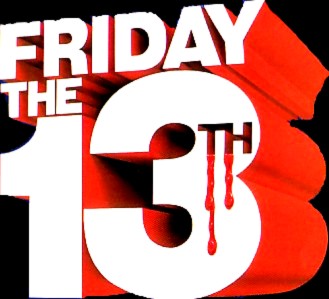 Dear Diarrhea!
I could not belive my eyes when I woke up: our van was turned upside down, and its walls were covered in blood. At first I thought that Les and Danny have really partied hard last night, but later on I found that this wasn’t the case, since both of them laid in their blood outside, disemboweled... :SSSSS I wanted to scream, I wanted to cry, but I couldn’t. The whole set-up was just too much to understand and far too horrible to freak out. I locked the van’s door, took a knife from the kitchen, then decided to look around to find out what was happening here. What I saw was far beyond anyone’s mind. 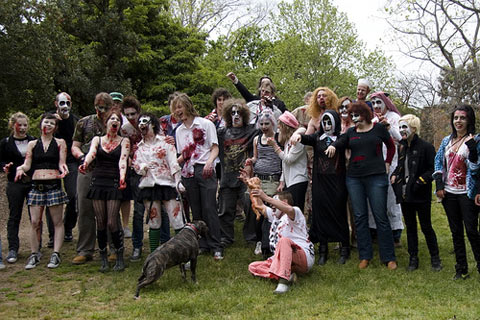 As I wandered around Sziget, I was shocked out of my mind, and it wasn’t (just) beacuse the drugs: maybe because it’s Friday the 13th, I dunno, but the whole place has turned into a real hell on hearth, like a set for one of those very bad Italian horror films. The stages has now become altars, and the musicians were sacrificing their own fans – one fucking horrible mess (or mass?) of gore and depravity. Once Sziget looked like an improved version of Woodstock. Now it looked like a bad parody of Woodstock with a hint of Altamont. While Woodstock had drugs and free sex, Sziget was now a whole bad acid trip, and the sex was free, but not fun anymore: leatherboys, transvestites, hermaphrodites, orcs and zombies preyed upon the unsuspecting visitors. Again, it looked like a cross between the worst, sickest German porno and an Italian exploitation movie (the Altamont thing was obvious, I don’t need to explain that). The epicentre of this whole mess was a stage, where a hooded woman sat in a throne wheelchair. She was female, but she was above any gender, she was like the bastard child of a pandrogyne Genesis P.Orridge and Lady Gaga, she was like the oversexed Christina Aguilera, but so much fucking worse. She had her own army of gay leatherboys and hermaphrodites, with metal dildos… I ran for my life, and as soon as I got back to the van, I locked the door, put the knife near and tried to get some sleep to the TV programmes…  Viasat3 showed a cold-war drama titled Fail Safe at twenty past nine, it mostly interesting becuse the camera use, as it was recorded almost real-time, theater-like... At ten past ten, fitting in with the date, HBO aired the 2009 version of Friday the 13th, which not really improved my overall mood :/// Finally I’ve manahged to get some sleep to Snow White on M2 around 22:35., which had nothing to do with the Disney version, it was a fucked-up love story. While floating to sleep, I was certain in one thing: Peaches is THE Antichrist, and don’t let anyone tell you different. Peaches is the mother fucking Antichrist.


SATURDAY, THE 14TH OF AUGUST 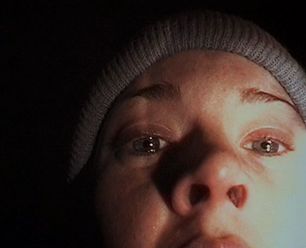 Dear Diary,
As I lay in the darkness, writing this, my mind struggles to stay sane amidst all the terror and horror that Sziget turned out to be. As if Peaches’ tyranny wasn’t enough, a similar horrifying scene unfolded when I went to a small, unknown Hungarian band, TereskoVa’s gig (after all, just as 2night, I should be out every night, enjoying the music). It started rather meekly at half past seven, though it was Amateurish enough. I thought that the uncanny negative vibes went away (these must be the reason why every inDividual turns into a sexual-serial killer berserker on this island), then KA-motherfucking-BOOM, their hobby-painter vocalist, Kriszta Nagy was stripping out of her clothes, showing her butt ugly cunt and tits to the whole world, while belting out a battle-cry  of a death-howl… :SSSS It was a dreaded, mortified parody of Woodstock’s free lovin’ feeling, yet the crowd –regardless if they were Hungarian bums, German drunks or stoned Dutch- started yelling as if they were at a KKK-grouping. The only thing missing was the burning crosses. The drunked crowd went on a rampage, looking for visitors to rape and kill, only not in that order. I ran away just in time, but some pilled-up Brits were after me – it didn’t matter that I spoke the same language with them. 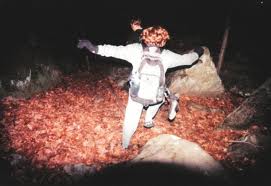 They almost caught me, but just as they were reaching me, a heroic, statue-like figure emerged from the foggy darkness. He had a huge sword in his muscled arms, on its blade the following text: „Excalibur. Made bei China, from Originall swiss Blade.” He didn’t wear an armour on anything like that, just a greyish T-shirt which bore the following text in big white letters:
”FUCKING SZIGET
TÚRISZTZ WILL SZÁFFER”
One swing with the sword, another shot from a beer-bottle, and he just cut up all the mad Brits and also killed Peaches’ hermaphrodite warlock. He put down the bloody sword, opened up another bottle, then introduced himself as Bertalan Mágikus, and said something in Hungarian which I could not understand, but went something like this: „Péntek 13-ra virradó éjjel borzalmas álmom volt: a Gianna Michaels-DVD-im reggelre mind meleg,-és gerontopornóvá váltpoztak. Ez csak egyet jelenthetett: a Sziget negatív energiái túlléptek a kritikus határon! Ezért megszakítottam nyaralásomat a Bahamákon, és jöttem ahogy tudtam!”  Then this Magic guy changed into (mostly) fluent English and guided me back to the van. There he didn’t take advantage of his position, but gave me a free copy of PRAE magazine which must be some kind of literature paper, then installed a portable TV set, and said „At ten, you must watch Duna TV. It shows a beautiful movie about Ian Curtis, the lead singer of Joy Division. It’s called Control, and it’ll cheer you up. Believe me. I gotta go now, to clean this unholy place. My mission is impossible, I’ll never forgive and never forget. Dont’t leave this car. See ya.” His words gave me inner strength and hope – maybe Sziget can be saved, after all! I had two hours to kill till ten PM, so at 8 o’clock, instead of Duna, I switched to Duna 2. Autonomy, which aired an Iranian docu about the oppression of the women. Maybe this did the trick.maybe not, but I just wondered what life can be behind The Other Side Of Burka. So, without listening to Bertalan’s words, I walked out into the wilderness of Sziget, as if a distant voice was calling me…then a bunch of zombies just jumped out of the bush, shouting „Sunáznám!”, and „Első!!!”, and I went into black-out mode…://////////
SUNDAY, THE 15TH OF AUGUST:
THIS IS THE END… 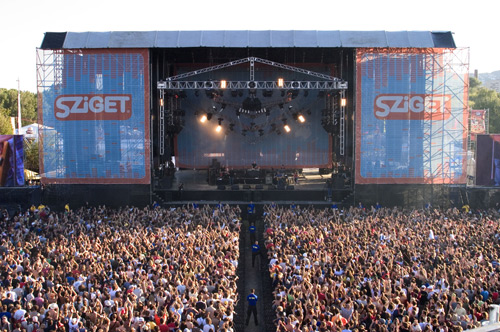 All the pigs, all lined up
The blackness cleared. I was standing before the main stage, the pentagram above it was shining like an unholy halo. Thousands and thousands stood just like me. Our journey has come to an end. Even that Bertalan guy was nowhere to be seen. We were like lambs to the slaughter, led by the organisers of this heathen festival. Finally, finally I understand. Of course the non-Sziget locals were grey and hungry – they were actually working for a living but had no money for this kind of entertainment events. On the other hand, the Hungarian Sziget regulars were literally living dead: all their money was spent on outdoor festivals, not food. Some of them were even physically dead, but every once in a year, they rose from their grave to prey upon the living and bow down before the evil of Rock’n’Roll. And now, there’s no turning back. I’m one of them. And if that’s not enough, even the TV channel M1 reminds me of this, as they show The Day Of The Hungarian Song 2009, another aborted Sziget-project at 20:50. What saddens me is not my life, it’s the other millions who will come here next year…and the next year…searching for fun, away from the parents’ watching eye, but instead they’ll only Find doom…and the army of the dead will just grow with each year, as more and more pleasure-seeking Szigeters will turn into sad living dead… The hidden 9th Gate has opened at half past eight, it’s below the main stage, it leads into the ground… We begin our march deep down, in the still-under-construction tunnels of Metró Four. I can sense the living, „grey” people of Budapest above me, and as my unhuman side takes more and more control, my hunger for human flesh and blood grows… If only I could turn back time! I wish I’d never heard of Sziget, never met Les and Danny… My time is over. The metallic vaults of the Farkasréti Cemetery are opening, as we march towards the yawning darkness, and we’ll stay there until the next Sziget Festival… If there’s hope it’s this: there will be no more Szigets. This way we’ll stay underground, but at least noone will get hurt. Dear Diary, I hope someone finds you, and many future generations will learn from my mistakes… 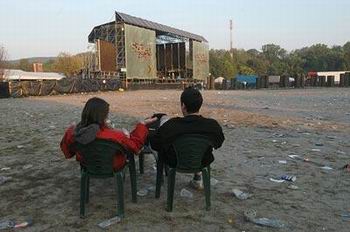